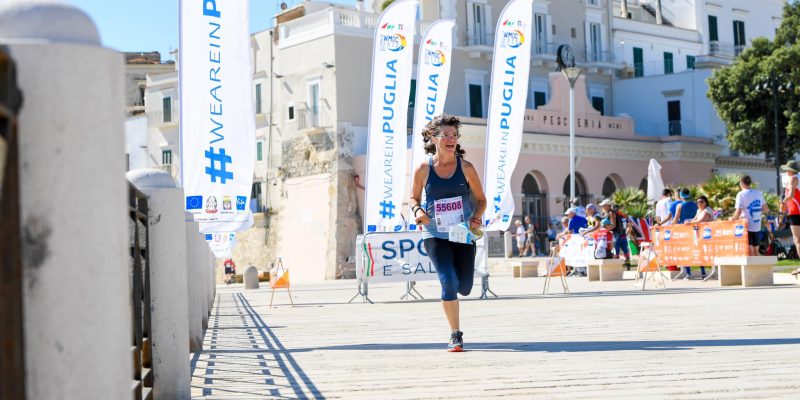 Over 35 titles are assigned on the 3km track in the beautiful historic center of the Gargano area.

It was the beautiful and sunny Marina Piccola di Vieste that accompanied the 3 thousand orienteers from 40 different countries towards the finish line of the Sprint final of the World Masters Orienteering Championships, the over 35 orienteering World Championships in Gargano until 16 July. 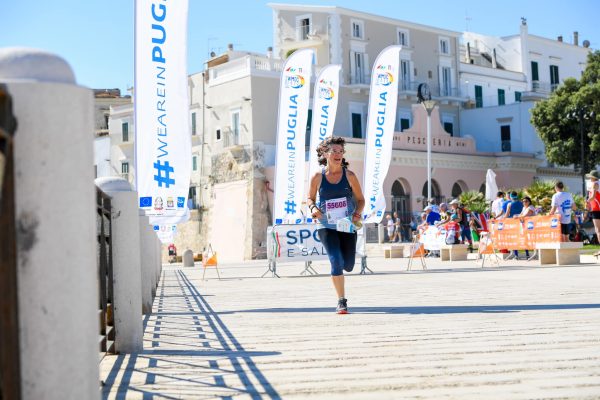 After the qualifications on Sunday in Peschici, the athletes, men, and women aged 35 to over 90, challenged each other for the assignment of category titles on a suggestive and technically stimulating 3km course, as told by Gabriele Viale, General Manager of the WMOC 2022 Committee: “The track of Vieste is worthy of a World final, characterized by a constant variation of direction to force the athlete to continuous reading of the map. A demanding physical track as it is covered with continuous ups and downs and very steep to put to the test both technicality and athletic preparation of each participant. We have tried to valorize the unique particularities of the host location, planning the arrival on the wonderful seafront to enjoy the scenery after the race between the wonderful streets of the historic center. This scope, where the territory is the competition arena, requires an impressive organization that we are so proud to have fielded by joining all our forces”.

The event is organized by the International Orienteering Federation, the Italian Federation of Sport Orientation and the WMOC Committee in collaboration with Sport and Health, the Puglia Region, Pugliapromozione and Puglia Region Asset, in addition to the patronage of the Ministry of Tourism and the Province of Foggia and the synergy of 14 Municipalities ( Vieste, Peschici, Vico del Gargano, Monte Sant’Angelo, San Marco in Lamis, San Giovanni Rotondo, Carpino, Apricena, Rodi Garganico, Cagnano Varano, San Nicandro Garganico, Mattinata, Lesina, Ischitella). During the award ceremony the following climbed to the top step of the podium: 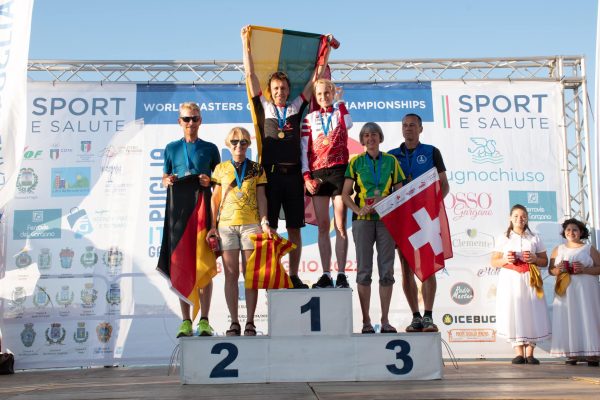 “The first two days were exceptional – declared Sergio Anesi, FISO President of the Italian Federation of Sport Orientation – demonstrating three important things. Italy knows how to organize great events: everyone was amazed and appreciated our competitiveness in presenting their territory to host the WMOCs. From a sporting point of view, the event is highlighting Italian potential with the victory of medals, therefore a great satisfaction. Finally, many people coming from northern Europe, but not only, are discovering a territory like that of the unique Gargano, able to offer emotions, culture, art, history, wonderful urban planning, and food and wine, that have always fascinated everyone. In Italy and Puglia it is good, this is the message we are transferring to the world. Italy today is also celebrating the bronze medal, with Ilian Angeli, at the Junior World Championships that are taking place in Portugal, a sign that there is also a new valid generation of orienteers that is growing”.

The complete rankings of the Sprint final: https://bit.ly/3RpF1Wf