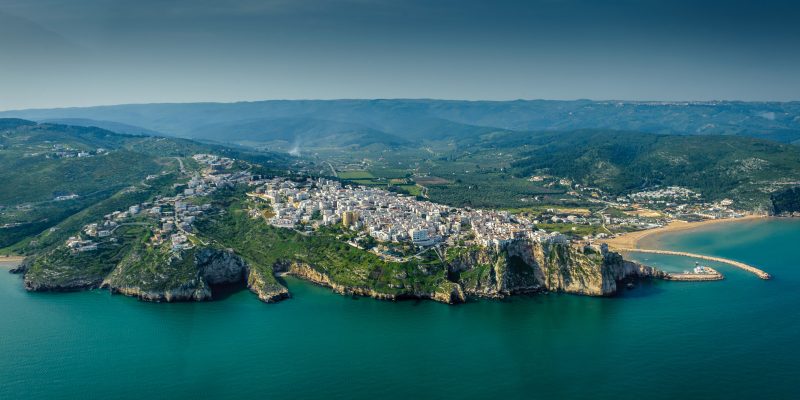 Participation of over 3 thousand athletes from 40 countries will make up the daily presence in the Gargano of 5 thousand people, also considering their companions, equal to a total of 50 thousand in the ten days of average stay. Relevant numbers are those linked to the now forthcoming World Masters Orienteering Championships. One month after the start of the competitions, at a round table at the Sala Giunta of the Province of Foggia, we talked about the fundamental sporting, social and economic value generated by the event, which will remain the heritage of the territory.

“If we consider an average investment per person of 100 euros – declares Gabriele Viale, general manager of the WMOC Committee – the local satellite activities will be equal to 5 million euros, in addition to the enormous value linked to the promotion of the territory to a user of center-north Europe, 50% of orienteers coming from Scandinavian countries. This World championship belongs to everyone! The Gargano will represent Italy in the world so I invite everyone to team up, especially in this last phase, so that the participants can return home with an extraordinary memory. Although the WMOCs will take place in July for the reorganization of the international federal calendars, they will be activators for the future of seasonally adjusted tourism. The athletes will live in close contact with the beauties of the Gargano and will become its ambassadors in the world. And in the province of Foggia, between Gargano and Daunia, there will remain an international level, a zero-impact, eco-compatible, and environmentally friendly cartographic system for orienteering. I thank the partners of territory Ferrovie del Gargano and Rosso Gargano”. 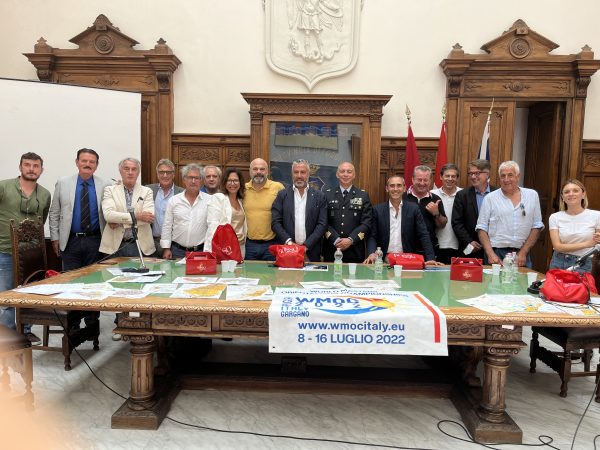 “The whole provincial administration – declares Giuseppe Mangiacotti, Vice President of the Foggia Province – is really proud to welcome the WMOC. Even on a personal basis, as a visitor to our woods on a mountain bike, I am very happy with the initiative that will allow the territory once again to make itself known in the world. By coordinating all 61 Municipalities of our beautiful province, we are launching the proposal, for next year, to create an itinerant orienteering project that allows you to explore and discover the entire area of Monti Dauni, Alto and Basso Tavoliere, and Gargano, whose great offer mixes nature, culture and important religious sites. In addition to its social value, sport is one of the fundamental incentives to move the economy, so we aim to plan a permanent technical table to work on this initiative online”. 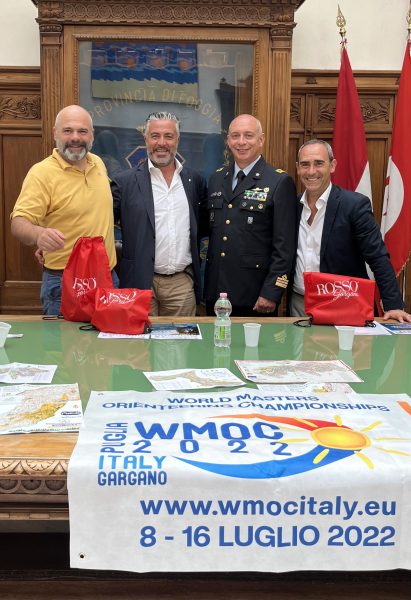 “The Capitanata is proud to host the World Championships – says Roberto Augello, Provincial Councilor of Foggia – This event, in fact, will turn the spotlight on some of the most precious excellences of our land, allowing a wider knowledge of them. This showcase, therefore, on the one hand, will immediately produce an economy for the territory, with the many presences that will be registered; and on the other, in perspective, it can be considered a decisive piece for a great marketing operation. Also and above all with respect to those segments of the tourism industry – I am thinking of the so-called sports tourism and ‘slow’ tourism – that the Province of Foggia is supporting with ideas, projects, economic resources, and administrative commitment, investing in what is one of the greatest and important resources of the Capitanata”.

“In exactly one month, world orienteering will move to our promontory – comments Renato Martino, CONI Foggia Provincial Delegate – and I am convinced that all the people of Gargano will be able to show their accommodation capacity, with hotels and restaurants, but above all the peculiarity of transferring human warmth and making people feel good. I am sure that everyone, athletes and companions, will also come back in the future because our territories are magical”.

“I hope – comments Marino Pellico, FISO Puglia Regional Delegate – that the WMOCs represents an opportunity for collaboration that allows us to systematize all the resources put in place including the map, which in orienteering constitutes a real cultural process”.

“Thanks to the number of athletes who will arrive – declares Isabella Damiani, Head of International Relations WMOC 2022 – the WMOCs will be an important booster for tourism and for the cultural growth of the Gargano. The WMOCs are an effective tourism marketing operation, which includes all those actions useful for the development, enhancement, and promotion of accommodation facilities. There will be a providential economic fallout, based on large numbers. In addition to the coastal seaside resorts, where the influx of tourists is concentrated, a spotlight will be turned on the inner villages, places of competition, and the Umbra Forest will become famous, recognized as one of the top five most beautiful forests in the world”. 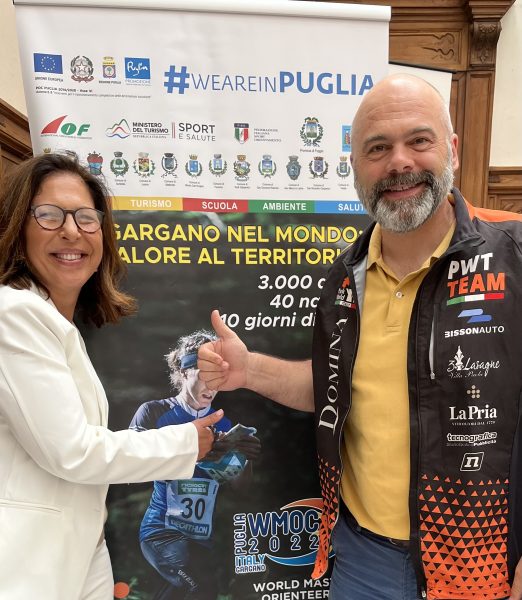 “The collaboration with the World Championships – says Gianfranco Pazienza of Legambiente-FestambienteSud, Green Cave Monte Sant’Angelo – finds various points of connection, first of all, the interest in promoting the naturalistic and cultural potential of the centers of our promontory. Sustainable sports activities, such as those of orienteering, carried out on the Gargano have made us appreciate over the years the importance of enhancing out-of-season tourism, a growing economic element. In line with the logic, FestambienteSud proposes itself as a traveling festival, between hiking itineraries and artistic-cultural proposals on the themes of sustainability, peace, and renewable energy, from 15 July to 4 August. Almost in continuity with the World Championships program, which we support in the impressive organizational effort. Here a hoped-for collaboration is born for upcoming events: we cannot lose sight of”.

“Always – says Lt. Col. Antonio Di Paola, Commander of the Jacotenente Barracks – the Defense Staff and the Air Force have always been close to sport on an international level. On a personal level, I am a child of this territory and I am proud to give my contribution to the success of this important event”.