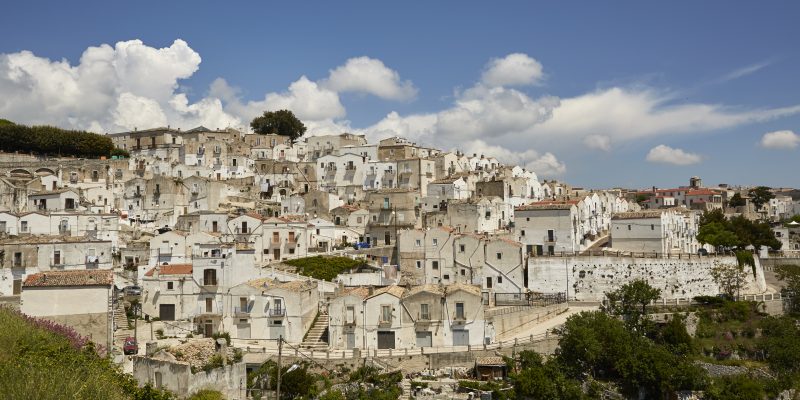 3 things you need to know about Monte Sant’Angelo

It was here that one of the first sprint maps for orienteering was perfected and already in 2004 it hosted an international event with Scandinavian and Swiss athletes. Monte Sant’Angelo will return on 9 July, together with Vico del Gargano, to welcome one of the Official WMOC trainings during the WMOC 2022, whose tickets will undergo a new price change from 16 February.

The highest village in Gargano, lying along the crest of the mountain at 831 meters above sea level, represents a spectacular balcony over the entire area. Its uniqueness is renowned around the world but if you haven’t had the chance to discover it yet, below are some excellent reasons not to miss its beauty.

IT’S ONE OF THE 4 UNESCO HERITAGE SITES IN PUGLIA

Since 2011 Monte Sant’Angelo has been a UNESCO World Heritage Site thanks to the Sanctuary of San Michele Arcangelo, which has been welcoming pilgrimages from all over the world since the 5th century. It represents one of the most famous sacred places to the Archangel, reachable by following a winding road that culminates with a magnificent viewpoint over the Manfredonia Gulf. From the vestibule of the Sanctuary, you enter the staircase of 86 steps towards the Grotta dell’Arcangelo, site of one of the four San Michele apparitions. Here you can read an inscription with his words: “Where the rock opens, there the sins of men will be forgiven”.

Another testimony of the profound mysticism of Monte Sant’Angelo are the Pulsano Hermitages in the area surrounding the Abbey of Santa Maria of Pulsano. 24 of them have been surveyed, some of which are in inaccessible places, between simple caves in the rocky wall and small constructions on cliffs, dedicated to community, contemplative life, and the collective work of hermit friars. 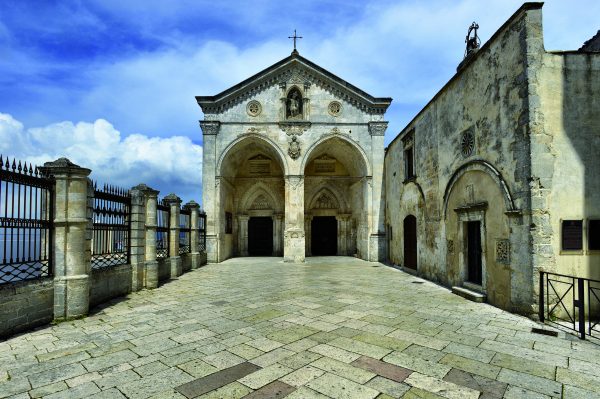 Monte Sant’Angelo and Rome are connected by the Via Micaelica, called Via Francigena of the South. The ancient itinerary from Castel Sant’Angelo, in the Italian capital, to the Sanctuary of San Michele is at the center of a real historical and spiritual rediscovery, a point reference for many pilgrims at an international level. In the past, pilgrims traveling on the Via Francigena had different destinations but the shared dream was to reach the Holy Land in Jerusalem through a partly terrestrial and partly maritime route.

They often deviated north to climb right on Mount Gargano to the sanctuary of San Michele and invoke the protection of the Archangel, in view of the long and difficult path to Christ’s tomb. In Gargano, the landscape of the Via Francigena of the South is characterized by the alternation of typical karst sinkholes and sea views with large expanses of olive and citrus groves. 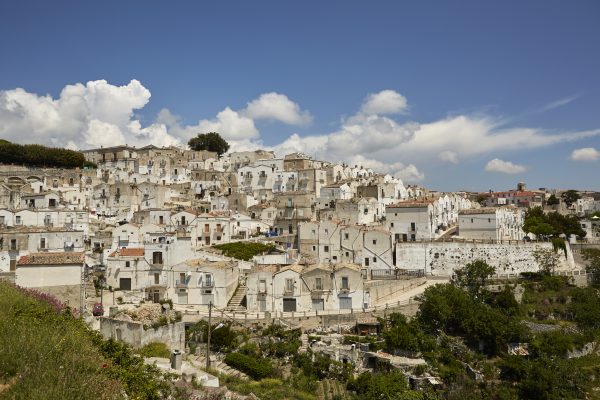 HIS BREAD IS FAMOUS THROUGHOUT ITALY

Even today, the Table of the Apulias is considered the granary of Italy. The raw material excellence, combined with craftsmanship, has made its bread the prince of the table. Strolling through the picturesque streets of the town, you will be captivated by the large loaves of bread on display outside the bakeries. With its crunchy crust and soft, white crumb, Monte Sant’Angelo bread requires a long preparation that begins the day before cooking with the processing of natural yeast. The cooking of the forms, between 5 and 10 kg in weight up to a diameter of 80 cm, takes place with the traditional method in a wood oven, at 200 ° for at least 2 hours. The pilgrims fed on it during the journey to the Holy Land, after having found refreshment in the caves of the village. 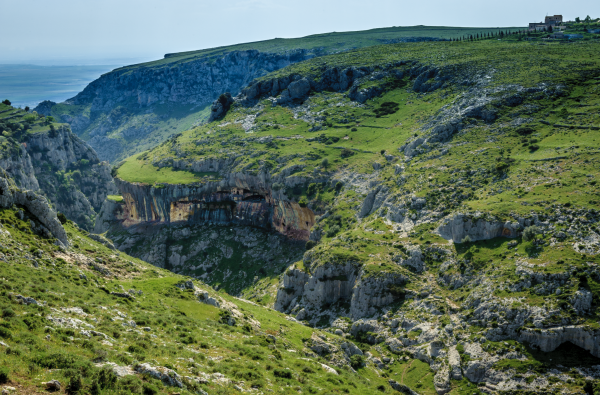 Traveling to Puglia will be really exciting!